COLOR MEMORY
This game tests the players’ memory of the complex set of colors that Bierly experiences when viewing letters and numbers. It is similar to any game of concentration, except that, in this case, the players require a key to determine which color matches which letter. 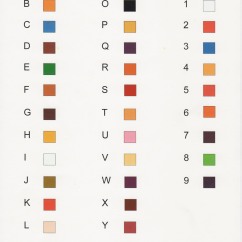 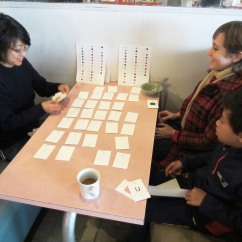 CHARACTER
The game reveals the characteristics of everyday visual stimuli. What does a triangle taste like? Why is 8 always rude? The players choose from one of the four decks of cards–shape, colors, letters, and numbers, then roll a die to determine which characteristic will be described–taste, personality, smell, or sound. Once the characteristic has been selected, players have 60 seconds to give as many 2-word descriptions of the selected visual as possible (e.g. a triangle tastes like a chile pepper, a lemon, salty, etc.) 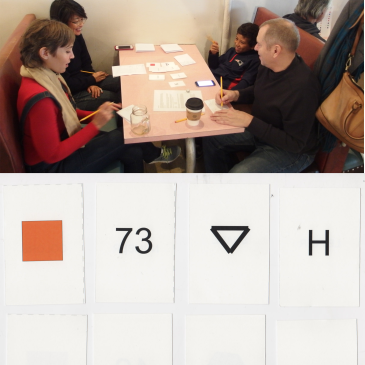 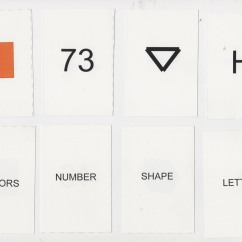 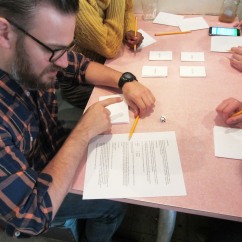